My mother made cookies. At Christmas, there were plates full of cookies of all shapes and kinds. Throughout the year though, it was often chocolate chip cookies for dessert and after-school snacks. It’s still a favorite.

Sometimes I was around when she was baking, though I think that wasn’t her favorite time to bake. She knew I was waiting to eat the last bits of dough out of the bowl. I would beg her to leave a chocolate chip or two in the batter, but she rarely would.

We weren’t afraid back then. We ate raw eggs without worry. Then came the concern about Salmonella enteritidis, the scourge of bowl-lickers everywhere.

Food-borne illness are a fact of life. I have no data to support this, but I believe that everyone will be a victim sometime. Bacteria happens.

In the case of infected eggs, I think I’ll take the risk. According to a study done in the 1990s by the Center for Disease Control, only 1 egg in 20,000 was internally infected with Salmonella enteritidis. During the years of 2009-2010, the CDC reported that there were 2231 cases of illness caused by contaminated eggs. There are more than 316 million people in the US, so 7 people per million became ill from eating raw or undercooked eggs.

Fear of a raw egg would put the brakes on trying freshly made mayonnaise and nothing should prevent that. Once you have made your own, it will be hard to return to anything from a jar. 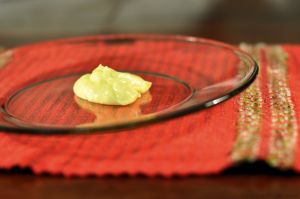 It’s not difficult to make mayonnaise and it requires only a few ingredients. Here are a couple of basic recipes to try:
Basic Mayonnaise from Martha Stewart

Just a gal from Texas View all posts by Sue Kerry