July is National Baked Bean Month. I have not yet celebrated this event.

I’m not a big bean fan but they do fit nicely into summer meals. Is there anything much better than something from the grill served with a side of rich beans? Well, maybe, but not during National Baked Bean Month. 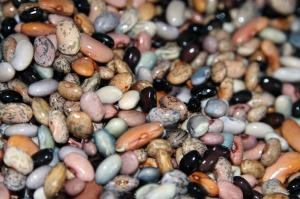 The problem with cooking beans is that most recipes make far more than I need. I have tried to solve this by creating my own recipe for two. First, I cooked a large batch of beans from a recipe by a well-known author. They were awful. I don’t have a bean pot and I’m sure that was the problem with this authentic New England recipe. If I had a bean pot, they wouldn’t have tasted so bad.

After a couple more tries from various recipe sources, I still haven’t found one that I like. Is there something wrong with me or is it that you just can’t cook beans properly in Texas?

I’m not giving up, especially now that I know about National Baked Bean Month.

All Recipes boasts 70 recipes for baked beans. Maybe one of them is the recipe I’m looking for.

View all posts by Sue